10 Household Plants that are Dangerous to Cats 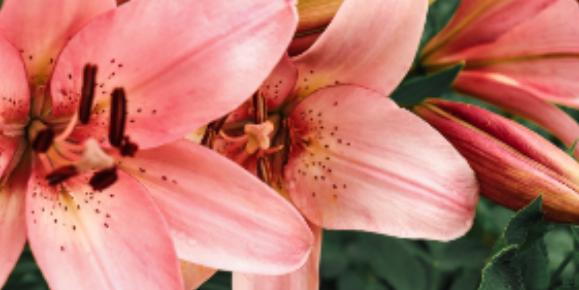 10 Household Plants that are Dangerous to Cats

Over 700 indoor/outdoor plants contain toxic substances that may harm cats. If these plants are ingested, signs of poisoning can be mild to severe, sometimes even causing death. Most houseplants have multiple names, so it is important to confirm that the houseplants you currently own or may purchase are not toxic to your pet.

Many plants of the lily family are considered toxic to cats. Cats are the only animals in which the Easter and stargazer lilies are known to be toxic. Generally, a cat’s first toxic reaction to this plant includes vomiting, lethargy, and a lack of appetite, but severe kidney failure, and even death, can quickly follow if a cat is untreated. The peace lily (also known as Mauna Loa) is also toxic to cats. Ingestion of the peace lily or calla lily can cause irritation of the tongue and lips, increased salivation, difficulty swallowing, and vomiting.

Asparagus fern (also called emerald feather, emerald fern, sprengeri fern, plumosa fern, and lace fern) is toxic to cats. The toxic agent in this plant is sapogenin—a steroid found in a variety of plants. If a cat ingests the berries of this plant, vomiting, diarrhea, and/or abdominal pain can occur. Allergic dermatitis (skin inflammation) can occur if a cat is repeatedly exposed to this plant.

Corn plant (also known as cornstalk plant, dracaena, dragon tree, and ribbon plant) is toxic to cats. Saponin is the toxic chemical compound in this plant. If this plant is ingested, vomiting (with or without blood), appetite loss, depression, and/or increased salivation can occur. Affected cats may also have dilated pupils.

Dieffenbachia (commonly known as dumb cane, tropic snow, and exotica) is toxic to cats. Dieffenbachia contains a chemical that is a poisonous deterrent to animals. If this plant is ingested, oral irritation can occur, especially on the tongue and lips. This irritation can lead to increased salivation, difficulty swallowing, and vomiting.

Elephant ear (also known as caladium, taro, pai, ape, cape, via, via sori, and malanga) contains a chemical similar to the one in dieffenbachia, so an animal’s toxic reaction to elephant ear is similar: oral irritation, increased salivation, difficulty swallowing, and vomiting.

Cyclamen (also known as sowbread) is a pretty, flowering plant that is toxic to cats. If ingested, this plant can cause increased salivation, vomiting and diarrhea. If an animal ingests a large amount of the plant’s tubers—which are found at the root, generally below the soil—heart rhythm abnormalities, seizures, and even death can occur.

Jade plant (also known as baby jade, dwarf rubber plant, jade tree, Chinese rubber plant, Japanese rubber plant, and friendship tree) is toxic to cats. The toxic property in this plant is unknown, but ingestion of it can cause vomiting, depression, ataxia (incoordination), and bradycardia (slow heart rate; this is rare).

Aloe plant (also known as medicine plant and Barbados aloe) is a common, succulent plant that is toxic to cats. Aloin is considered the toxic agent in this plant. This bitter, yellow substance is found in most aloe species and may cause vomiting and/or the urine to become reddish.

Satin pothos (also known as silk pothos) is toxic to cats. If ingested by a cat, this plant may irritate the mouth, lips, and tongue. They may also experience an increase in salivation, vomiting, and/or difficulty swallowing.

Find us on the map